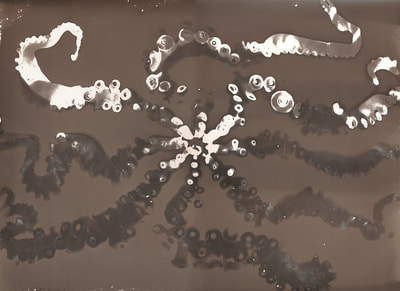 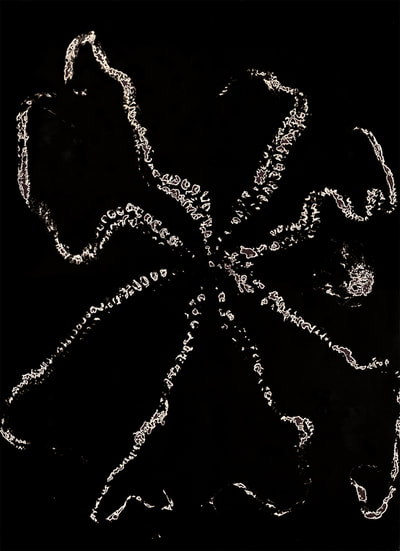 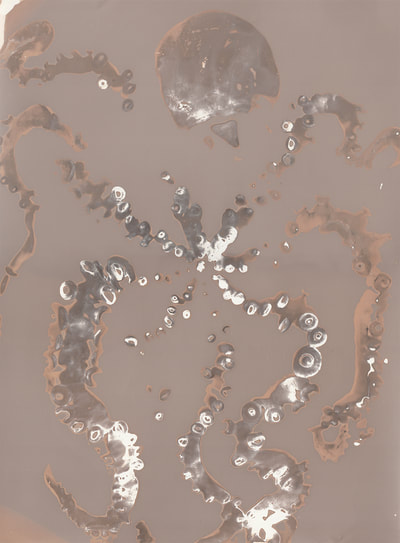 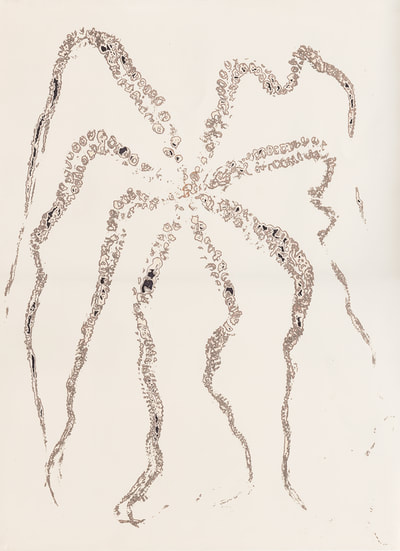 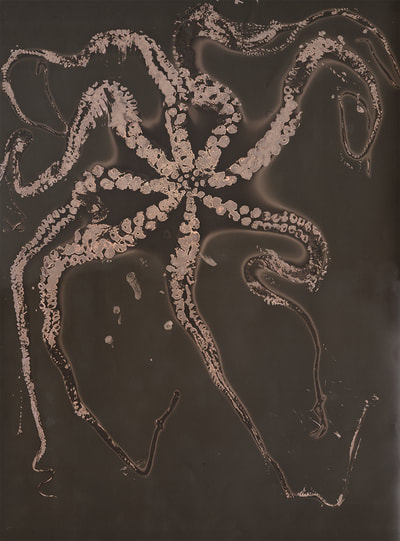 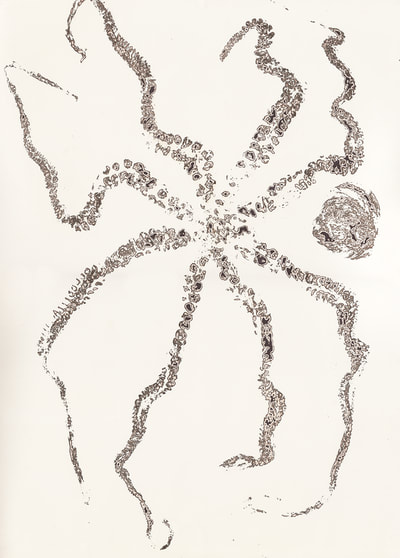 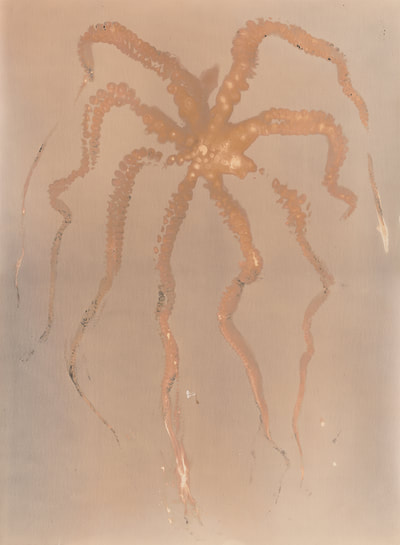 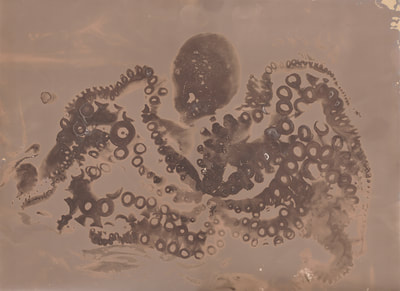 It has no bones, it has no blood, it has no flesh. It is flabby. There is nothing in it. It is a skin. One can turn its eight tentacles wrong side out, like the fingers of a glove... This is the monster which mariners call the poulp, which science calls the cephalopod, and which legend calls the kraken. - Victor Hugo - ‘The Toilers of the Sea’
Inspired by Gyotaku, the ancient Japanese art of rubbing fish to create prints, I bought frozen octopus from my local supermarkets in Switzerland and used household pollutants and homemade chemistry to print these 'contact chemigrams' on black and white photographic paper. The strangeness of the resulting images and the unpredictability of the colours echo the weirdness of finding these magnificent creatures wrapped in plastic in a freezer hundreds of miles away from the sea and the uncontrollable effects that our actions might have on the oceans and beyond.
PHOTO ARCHIVE